When we last left Moses and the Israelites, they had dedicated the Tabernacle.  God’s presence filled the tent.  Leviticus picks up with God calling to Moses so he might receive instructions for offering the sacrifices.  The killing of animals in worship of a god is foreign to our understanding today, but was very real to the Israelites.  It involved costly giving, facing the consequences of sin, active participation in worship, and special roles in service to God all rolled into one.  God spent the second half of Exodus giving extremely detailed instruction on building the Tabernacle.  Now, God gives just as detailed instructions for worshiping within the Tabernacle.

The bull was the principle animal of sacrifice.  As an Israelite male, you would take a bull from your own herd.  It must be without spot or blemish.  Sacrifices couldn’t be used to “thin the herd” of undesirable, weak, or old animals, while the best were set aside for breeding purposes.  The best was to be offered to God in faith that God would then bless  and strengthen the herd.  Men were required to place their hand upon the head of the bull they were offering to indicate the bull was taking their place.  This was a reminder that sin leads to death.  The bull’s death would cover past sins and renew the supplicant’s commitment to holiness.

Israel was divided into twelve tribes, descended from the twelve sons of Jacob.  Only those from the tribe of Levi could perform the actual slaughter of the bull.  This was the tribe of Moses.  God had set the Levites apart to serve as priests among the Israelites.  Priests had a dual role—they represented God to the people, and they represented the people to God.  Priests were given different, higher standards than the rest of Israel.  Much of the book of Leviticus details the requirements placed on the priesthood.  When sacrifices were offered at the Tabernacle, the priests applied the blood to the altar on behalf of the man offering it.

Leviticus is the third book of the Law (Genesis—Deuteronomy).  Its name is the same as the first word in the book.  “Leviticus” means “He (the Lord) Called”.   Leviticus is the “holiness” book of the Old Testament.  It serves as a holiness manual, illustrating the holiness of God and outlining God’s expectations for a holy people.  Leviticus is a neglected book in the church today, as much of it doesn’t seem to apply to us anymore.  While Leviticus spends a great deal of time serving as an instruction book for offering sacrifices and priestly functions, its greater purpose is to awaken people to sin as God sees it and God’s formal pattern for its remedy.

In what ways is giving money to church or working in church today a “sacrifice”?  Does it really cost us?  Should it? 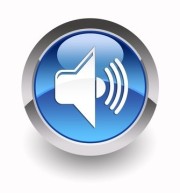